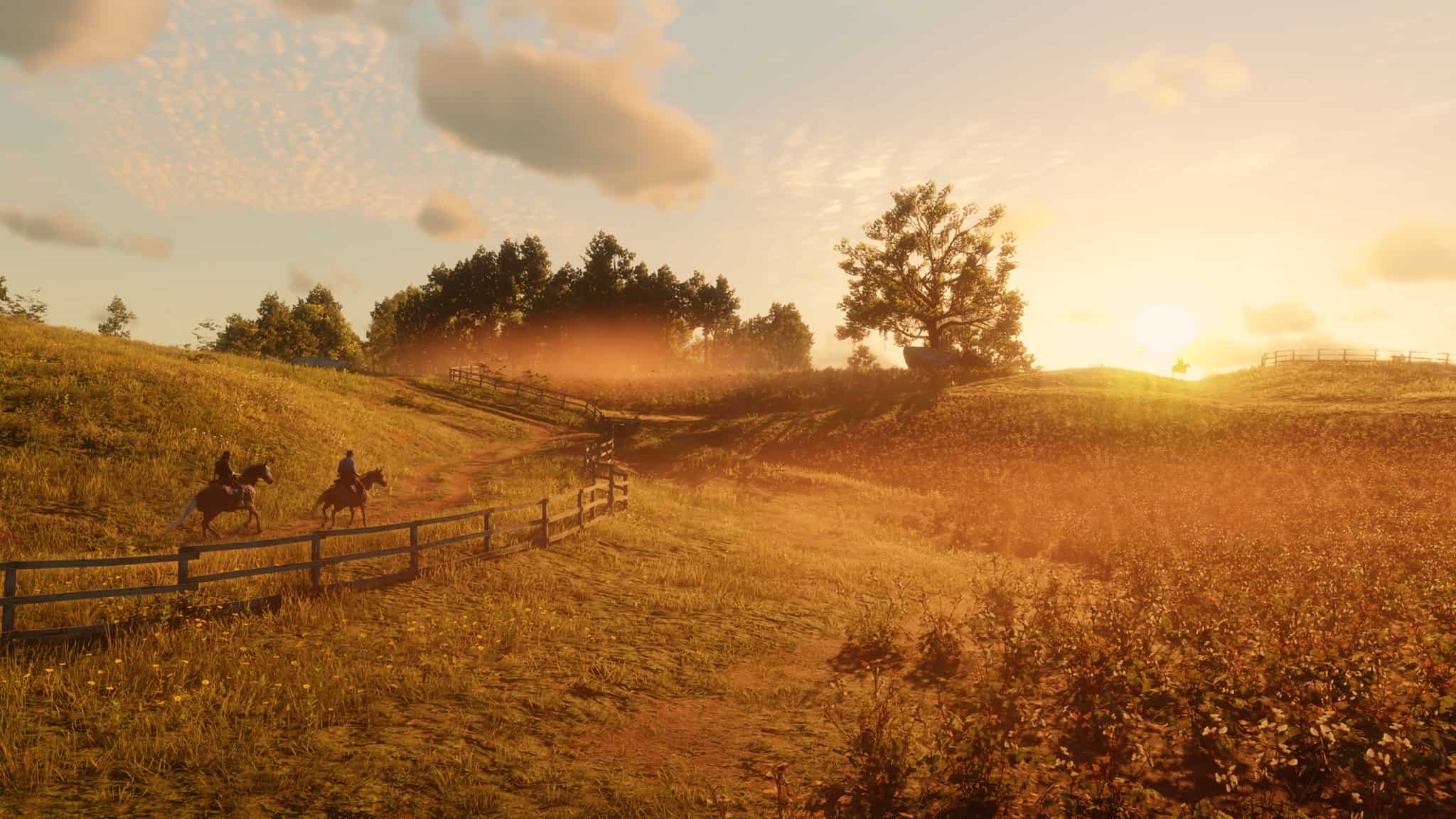 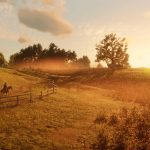 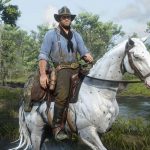 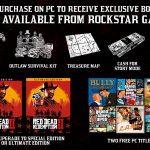 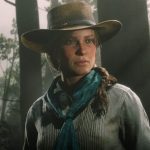 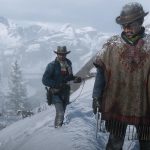 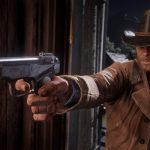 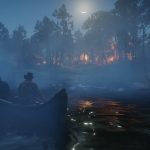 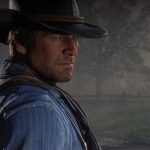 Red Dead Redemption 2 arrives for PC on November 5th, and starting today, you can pre-purchase the game exclusively via the Rockstar Games Launcher. With a host of new additions and a range of technical, graphical and performance enhancements to make Red Dead Redemption 2 for PC the ultimate version of Arthur Morgan and the Van der Linde gang’s open world epic. Here are the first stunning new PC screenshots and additional details. 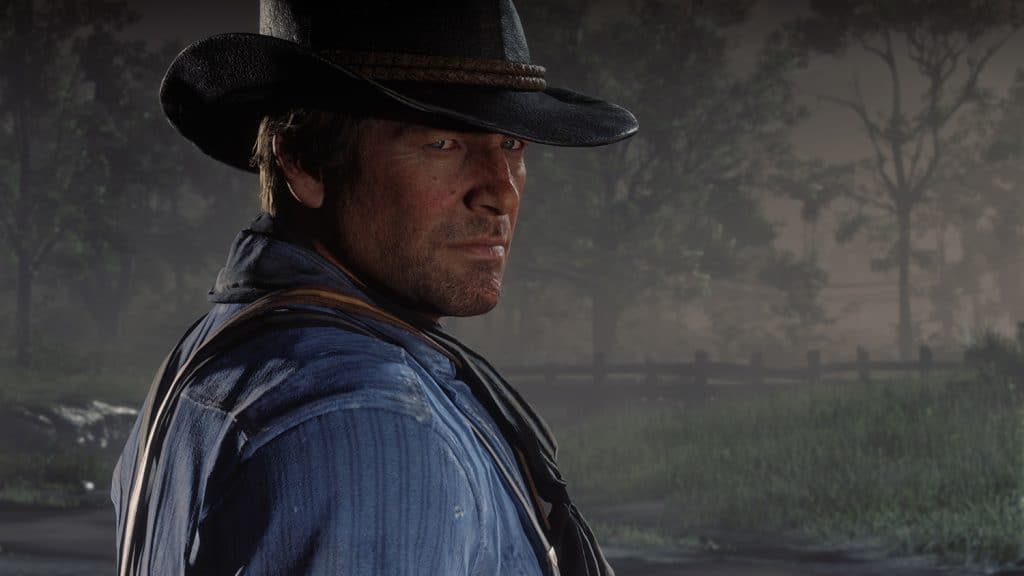 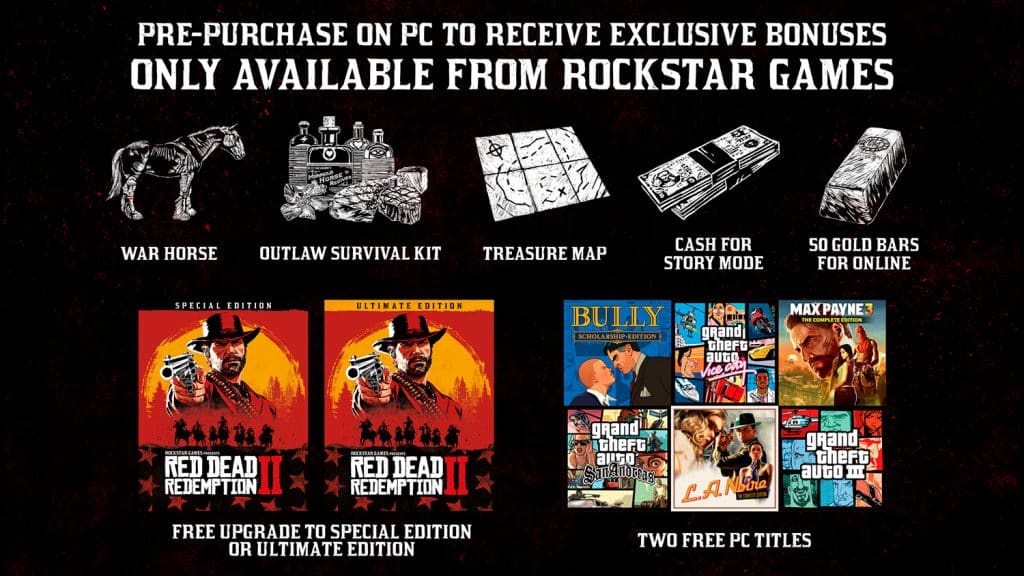 From now until October 22nd, you can pre-purchase Red Dead Redemption 2 for PC exclusively via the Rockstar Games Launcher and receive special bonuses – including two free classic Rockstar Games PC titles from the following:

Red Dead Redemption 2 for PC takes full advantage of the power of the PC to bring every corner of this massive, rich and detailed world to life from the windswept snowy peaks of the Grizzly Mountains to the dusty roads of Lemoyne; from the mud-spattered storefronts of Valentine to the cobbled streets of St Denis. New graphical and technical enhancements for deeper immersion include increased draw distances for better navigation; higher quality global illumination and ambient occlusion for improved day and night lighting; higher quality snow trails, improved reflections and deeper, higher resolution shadows at all distances; tessellated tree textures and improved grass and fur textures for added realism in every plant and animal. 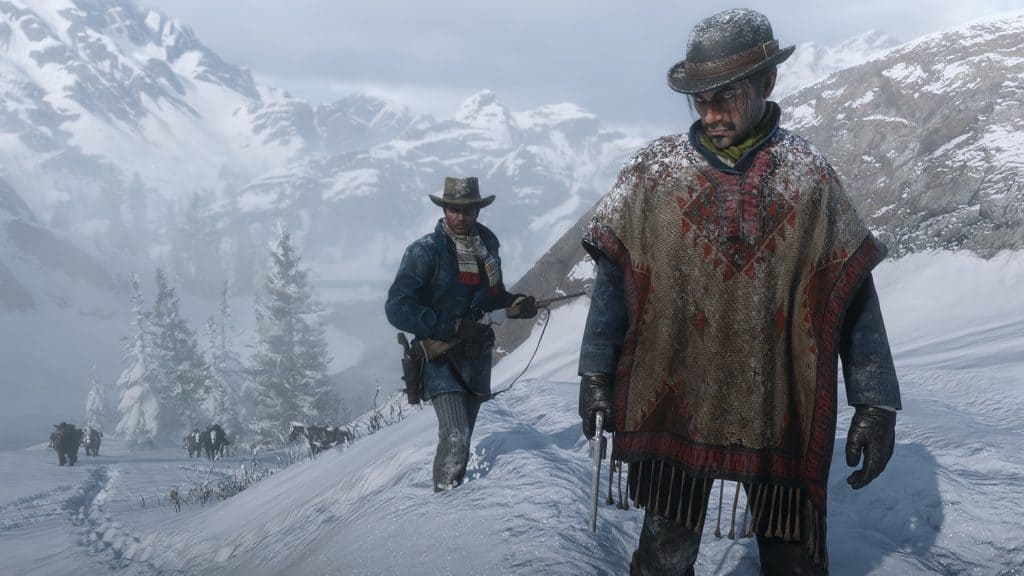 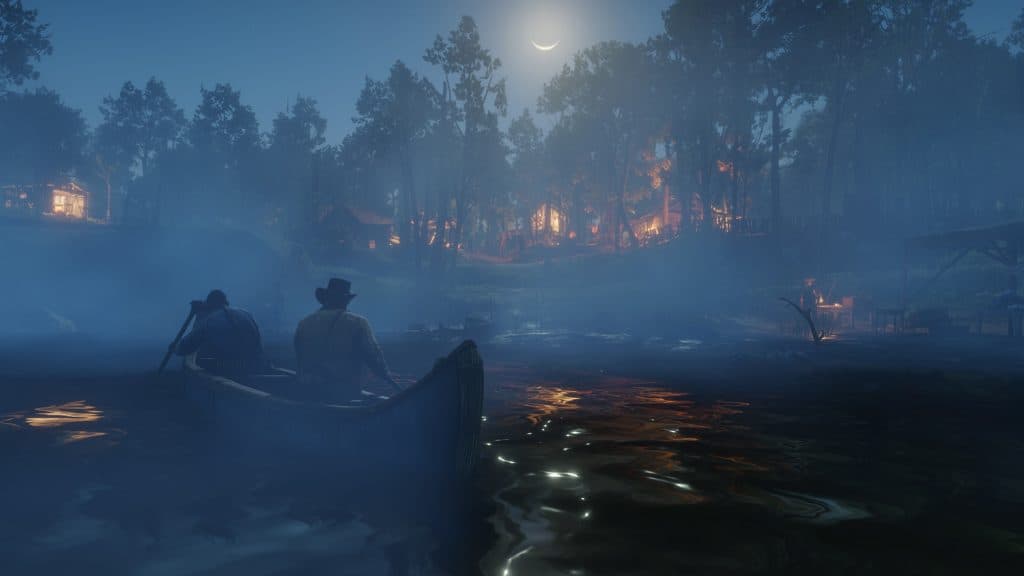 Click on each of the new high-resolution screenshots to see the world of Red Dead Redemption 2 for PC and see the game’s official system specifications below, along with additional info. 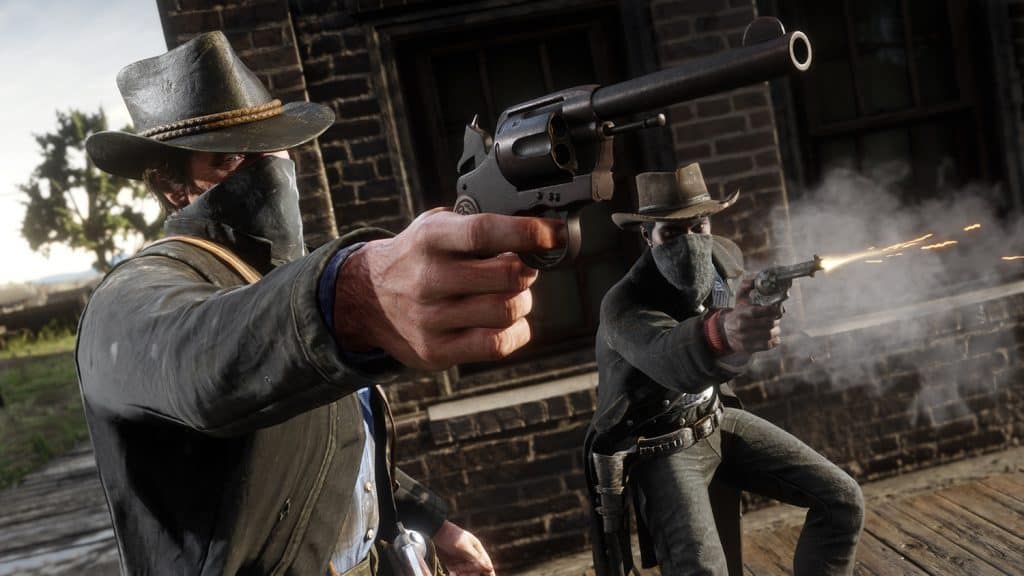 In addition to the technical enhancements, Red Dead Redemption 2 for PC brings additional updates to the world of RDR2 Story Mode, including:

2 New Treasure Maps:
Search for treasures across the new Landmarks of Riches and The Elemental Trail maps for gold bars and other rewards.

New Weapons for Story Mode including: 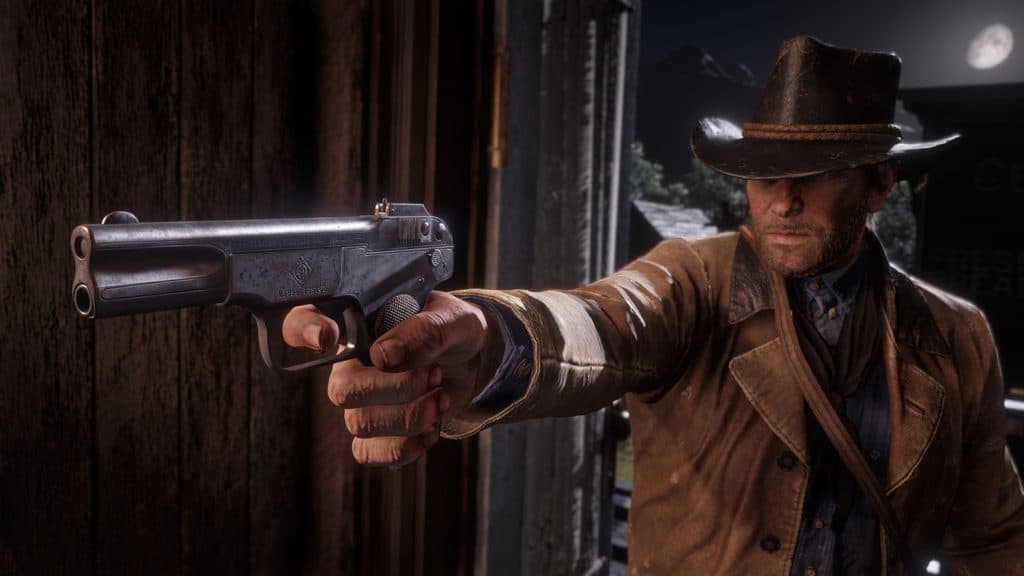 New Horses for Story Mode including: 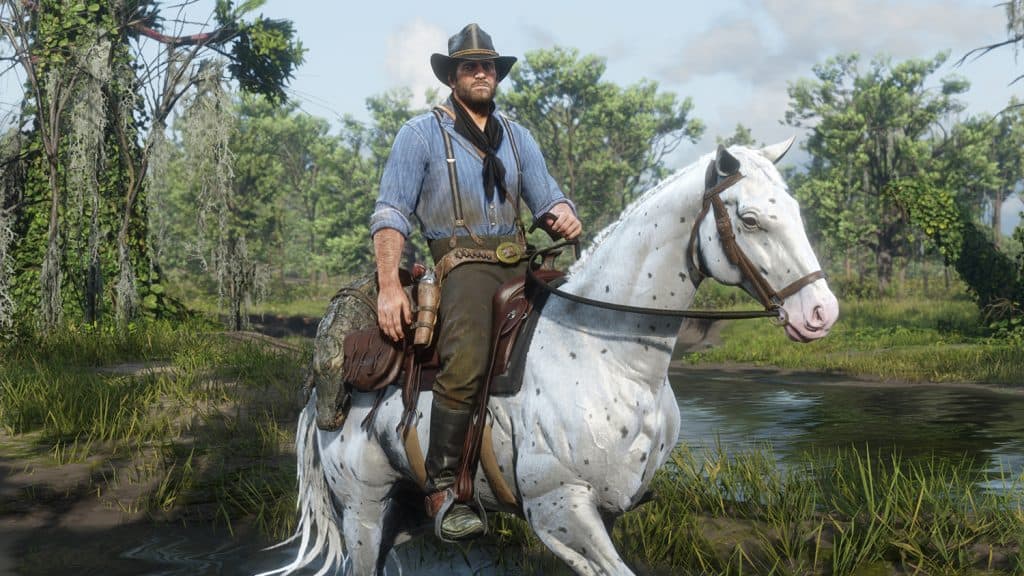 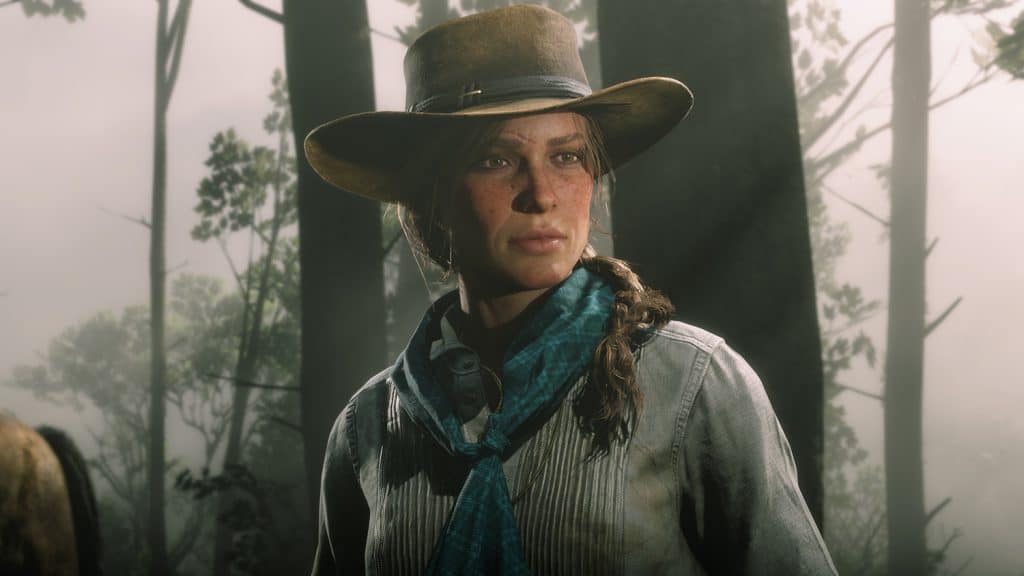 Red Dead Redemption 2 has been specifically developed to perform on a wide range of machines:

Stay tuned to the Rockstar Newswire for more on Red Dead Redemption 2 for PC including a new official 4K 60FPS trailer.