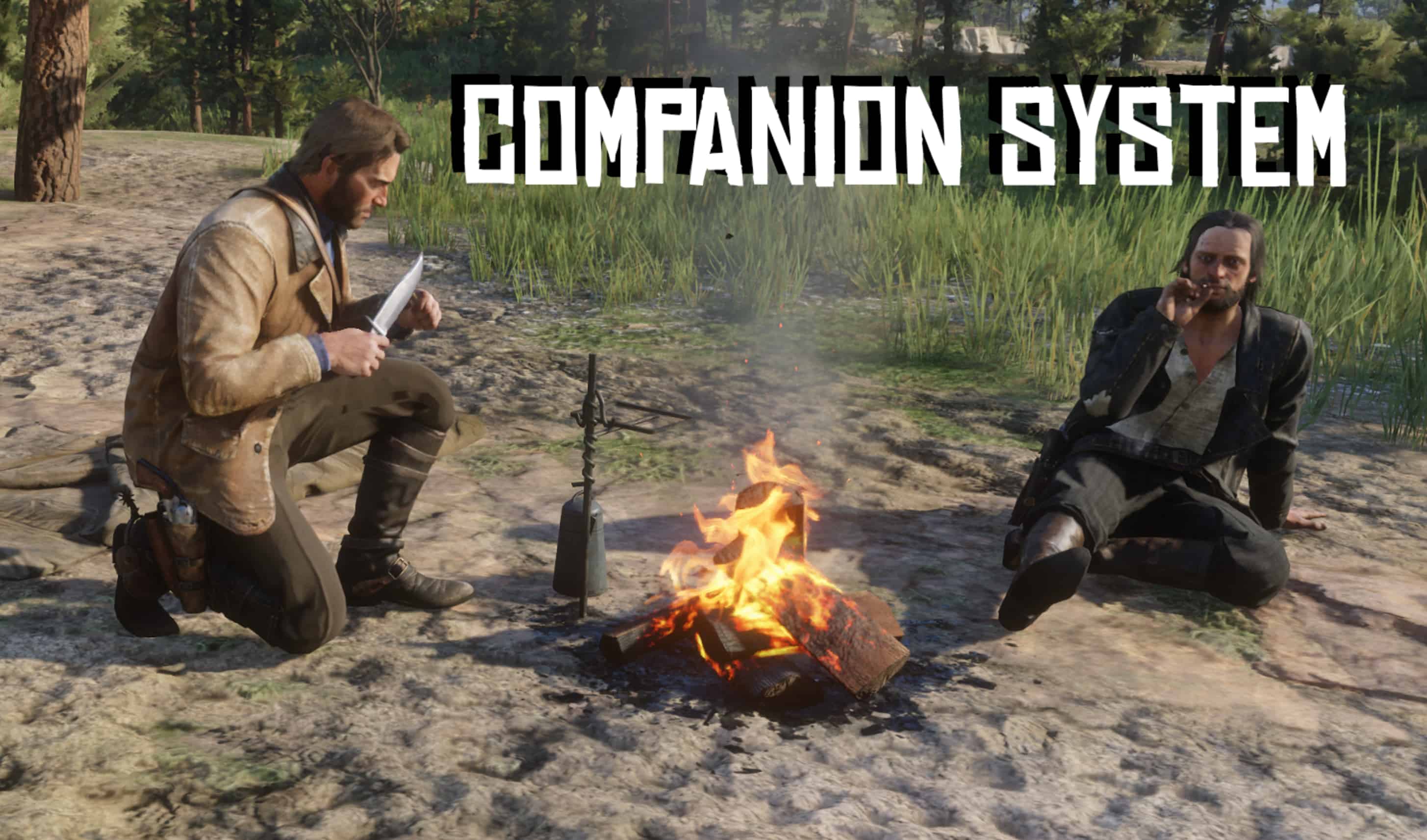 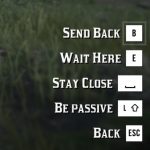 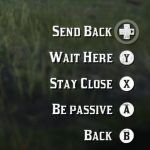 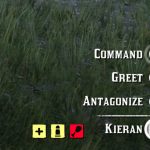 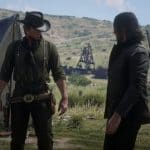 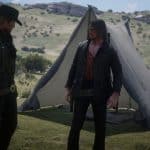 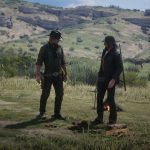 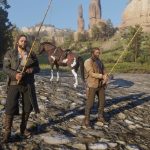 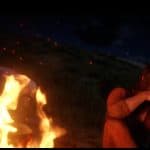 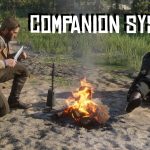 The companion system allows for an immersive way to recruit other gang members as your companions, with lots of customizable stuff and the option to talk with them!

Companion System
You can now take one of your fellow Van Der Linde gang members as your companion.That includes: Javier, John, Bill, Hosea, Kieran, Sean, Charles, Lenny and Micah! (Yes this will extend to Sadie in the future too) You simply walk up to one of them and press the recruit prompt. Your companion will aid you in combat, ride with you on horse, chill in your camps, fish with you and much more!

…Did I mention that you can talk with him!

Features
Now when you target the gang member you selected, you’ll be presented with a new assortment of options. First of all the command option will bring up a prompt-based menu for you to change some basic Fallout-style settings as well as make the companion return to camp.

The icons besides the name of your companion are his needs represented in the camp icons for better clarity. The ammo icon is the follower ammuniton and the food icon is his stamina, the health icon for now indicates nothing, but eventually it’ll be his health. ammunition depletes in combat and can be “replenished” by targeting your companion and using the “give ammo” prompt. For a better user experience, the give ammo prompt will be shown only when the follower is in need of it. The ammunition type then will be deducted from your inventory and gave to the companion. The type which he’ll need will be based on his best weapon. His stamina will replenish when he is waiting for you or when he is doing some chill activity in your camp.

As stated before your companion will aid you in gunfights and in melee brawls. He’ll also crouch with you for immersive stealth-action. With that, now when crouched and if you aim there’ll be a “kill” and “distract” prompt, which are pretty self explanatory commands for your companion. The gang member will also sit aside you in your player-made camps or tents, and they will fish while you’re doing it! Your companion will even comment on the new weapon you gave him!

Also… the entire mod can be fully enjoyed on both the controller and keyboard!

Known Bugs
While riding out from camp with your companion they sometimes might fall from their horse.

Installation
Extract the archive and put Companion.asi, Companion.ini and scripthook rdr2 into the game folder. Then put companion_system folder into LML folder. (LML is required)