RDR2 Gavin was probably the character with the most mystery behind him, as well as one of the most interesting storylines. This is really impressive, as we never even get to see the character from Red Dead Redemption 2 Gavin in the game. The only reason why we even know of his existence is because of Gavin’s friend, another mysterious character in the game. This friend of RDR2 Gavin is one of the only non-American characters in the game. He wears rather silly clothing, and is revealed to be a bit crazy as you interact and learn more about him.

Gavin’s friend is an NPC that players can encounter randomly during one of their ventures either Saint Denis, Blackwater, Rhodes, or many other areas in the game. You won’t just be meeting him once, but several times. On top of this, he’ll be asking you about the whereabouts of his friend Gavin every single time, and progressively become a bit more paranoid about the whole ordeal. He clearly gets crazier with each encounter and is so far gone that he’s forgotten what Gavin RDR2 looks like.

RDR2 Gavin is never seen in the game, as already mentioned, but we do get to learn a little more about him through a note. This note is given to Gavin’s friend, and players can get it by killing him. The note reveals that Gavin’s friend and he had quite some history together and were very close. But still, that doesn’t make things any less mysterious. Gavin Red Dead Redemption 2 is undoubtedly still one of the most mysterious characters in the entire game, and despite hours and hours of searching, no player was ever able to find him. There’s been many theories regarding him, but that’s all there ever has been, theories. No official info was ever shared with players, and it looks unlikely that it ever will be. 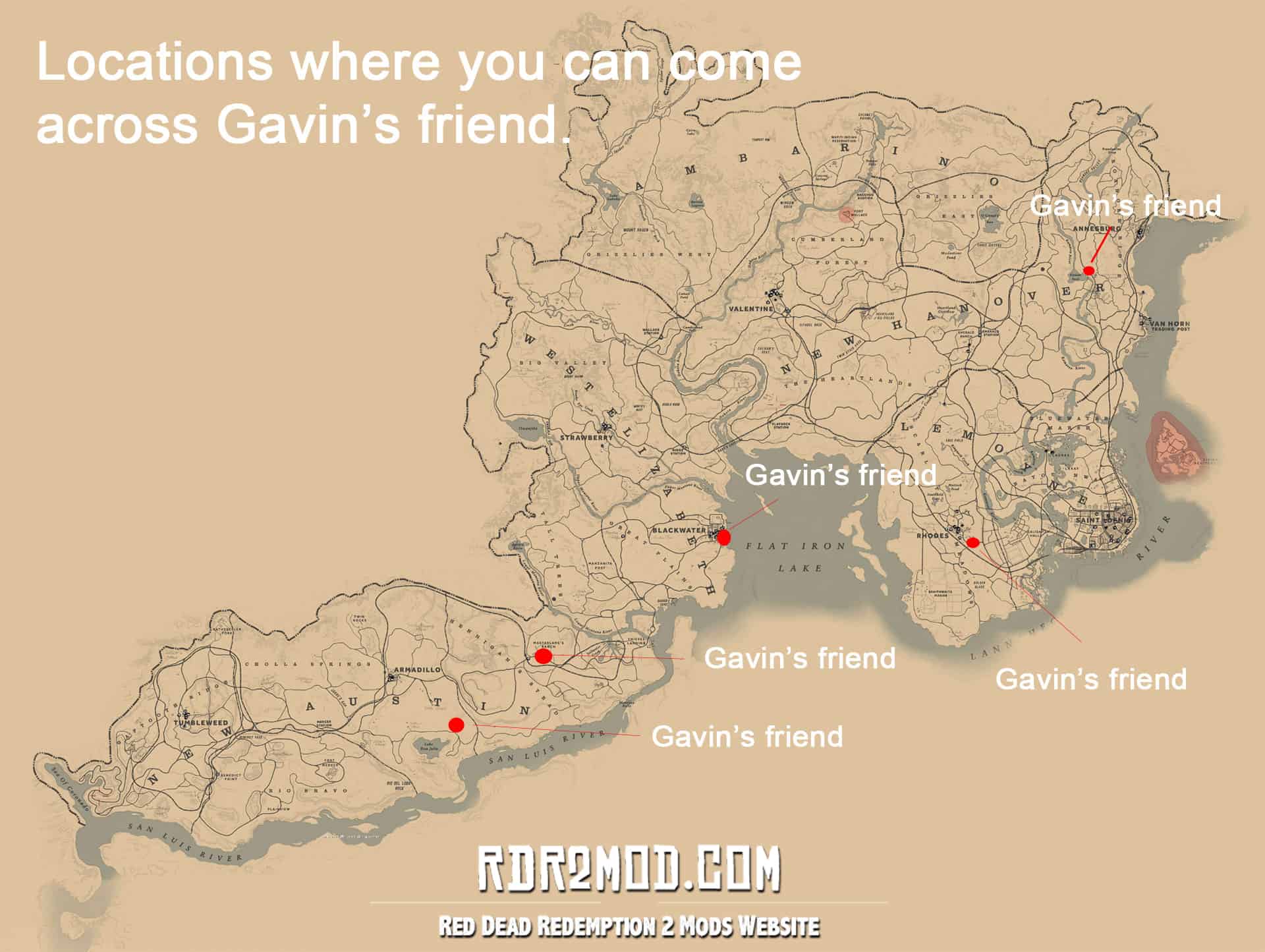