There’s so much stuff to do when you’re playing RDR2. You can hunt animals, bond with characters, earn money by doing errands, just focus on the storyline, and so much more. One of these many things is finding the dreamcatchers RDR2 has hidden in plain sight all across the playing area. These RDR2 dreamcatchers are usually hung from trees and rocks in the nature. No character asks you or forces you to find them, and it is a completely optional activity you stumble upon by chance while free roaming across the map. But there’s actually much more to these dreamcatchers Red Dead Redemption 2 features.

Once you find and collect all the Red Dead Redemption 2 dreamcatchers, you’ll notice that there is a very obvious shape on the game map. This shape resembles that of a buffalo, and is formed by the location marking of 19 of the 20 dreamcatcher marks on the map. But what’s important to notice is that only 19 of the location forms the buffalo on the map, and the 20th is away from the shape. This distant dreamcatcher’s location is exactly where you have to head next.

This location is the Elysian Pool, where you found one of the dreamcatchers. In this pool, there is a small waterfall. Go through it after collecting all the RDR2 dreamcatchers and you’ll enter a hidden cave.. After you enter, you’ll see a painting on the wall. You’ll be able to find an X on this painting, which you can make your character press. Upon doing so, you’ll be receiving an ancient arrowhead, something which is very helpful because it makes your stamina deplete twice as slower when using the bow and arrow. This is a very helpful upgrade and helps a lot with hunting, and is definitely worth finding all the dreamcatchers. 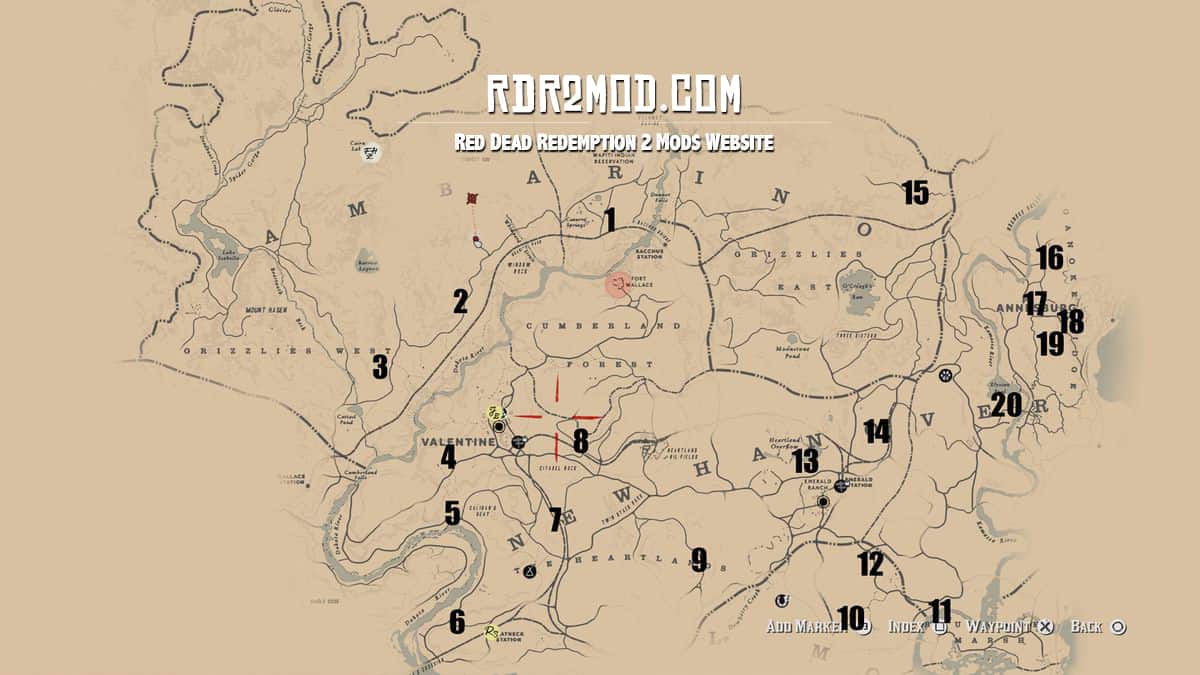