Keep in mind that the RDR2 dinosaur bones can only be hunted after you’ve met Deborah. Once you’ve done this, use the Red Dead Redemptions 2 dinosaur bones location map below to find them much more easily. 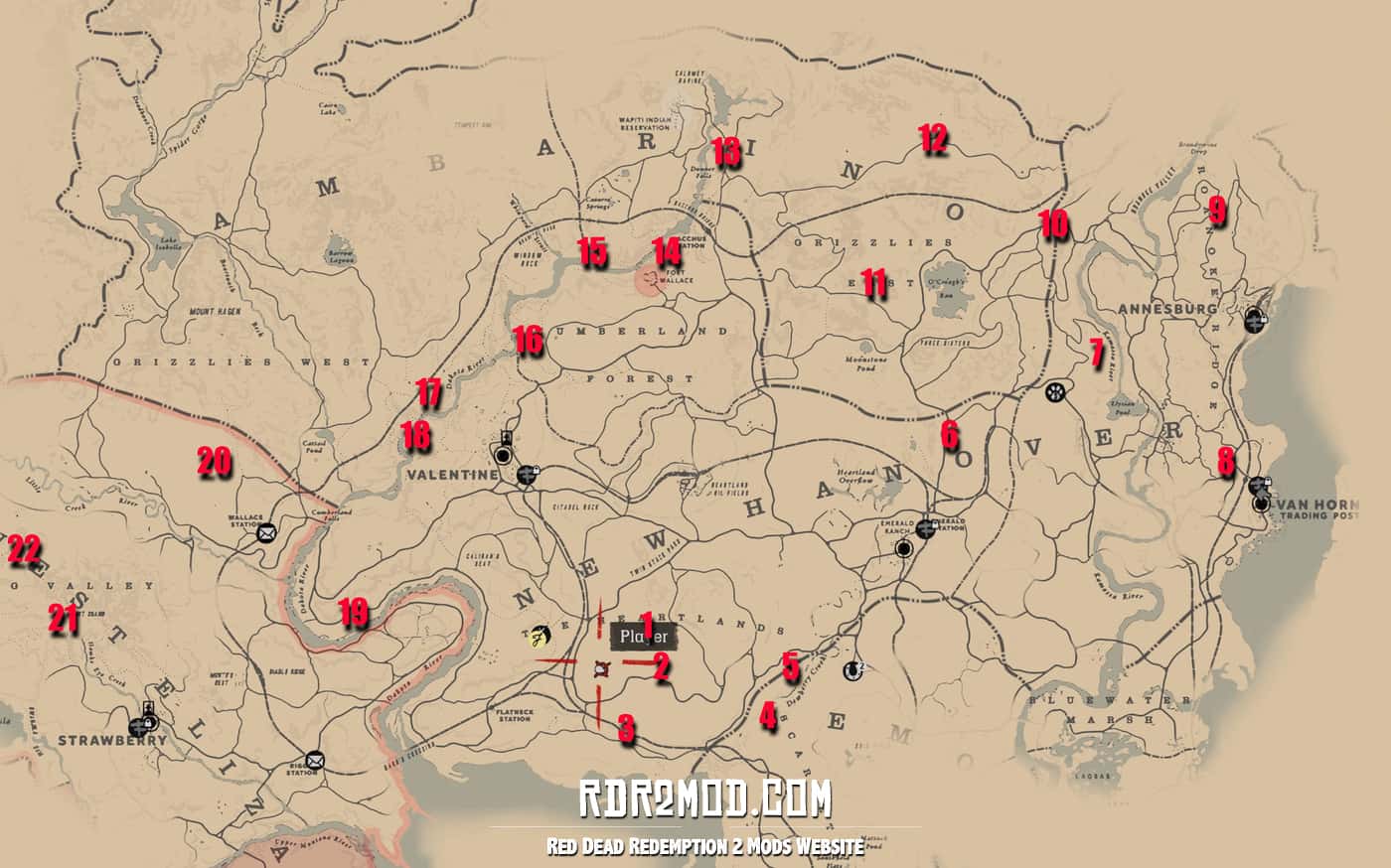